SOLD! Sepultura 'Beneath the Remains' 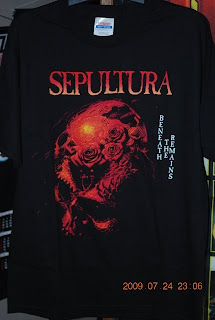 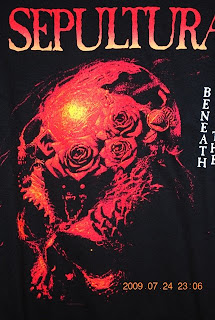 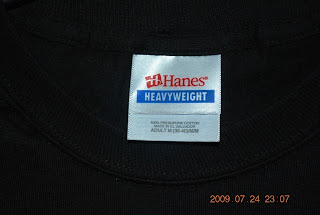 Sepultura 'Beneath the Remains'
3rd Album cover 1989'
Brand new ordered shirt
Measurement
Pit to pit appr. 21'
Length appr. 28'
Tag: Hanes heavyweight
SOLD!!! RM120 with postage
Sepultura (Portuguese for "tomb" or "grave") is a Brazilian heavy metal band from Belo Horizonte, Minas Gerais, formed in 1984. The band was a major force in the death metal and thrash metal realms during the late 1980s and early 1990s, and their later experiments melding hardcore punk and industrial music with extreme metal provided a blueprint for the groove metal genre. Sepultura have released eleven studio albums so far, the latest being A-Lex (2009). Their most successful records are Arise (1991), ...
more...
http://en.wikipedia.org/wiki/Sepultura 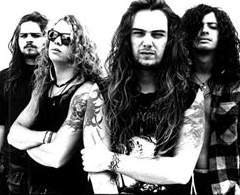