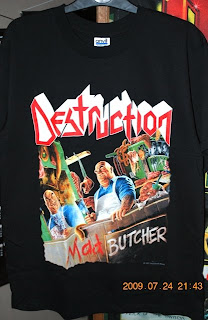 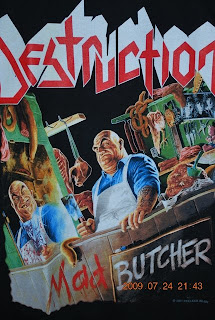 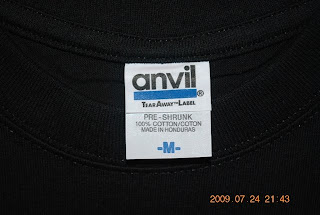 Destruction 'Mad Butcher'
Cover album of 1987 album
Size: M
Brand new ordered shirt
Measurement
Pit to pit appr. 21'
Length appr. 27.5'
Tag: Anvil
SOLD!!! RM120 with postage
Destruction is a German thrash metal band from Lörrach, in southern Germany. They are considered one of the "three kings" of the Teutonic thrash metal scene; the others being Kreator and Sodom. The band were originally named "Knight of Demon", changing their name in 1984.
For most of the 1990s, Destruction were not signed to a major record label and was forced to self-produce their albums, until they signed a contract with Nuclear Blast in the 2000s. 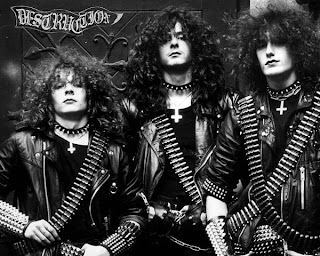