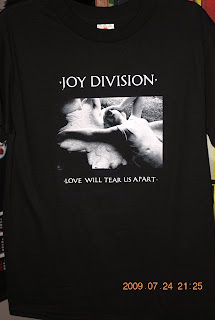 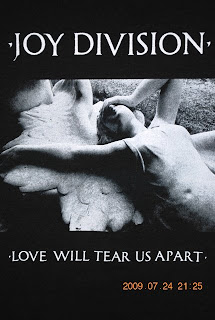 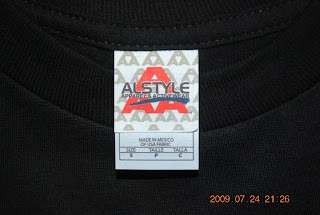 Joy Division were an English rock band formed in 1976 in Salford, Greater Manchester. Originally named Warsaw, the band primarily consisted of Ian Curtis (vocals and occasional guitar), Bernard Sumner (guitar and keyboards), Peter Hook (bass guitar and backing vocals) and Stephen Morris (drums and percussion).
Joy Division rapidly evolved from their initial punk rock influences, to develop a sound and style that pioneered the post-punk movement of the late 1970s. According to music critic Jon Savage, the band "were not punk but were directly inspired by its energy". Their self-released 1978 debut EP, An Ideal for Living, caught the attention of the Manchester television personality Tony Wilson 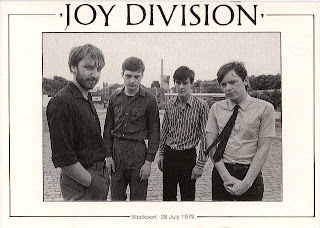