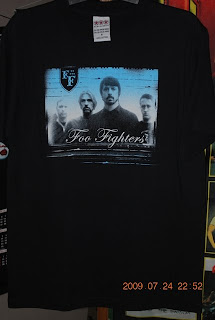 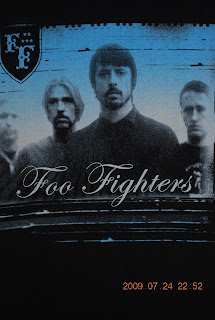 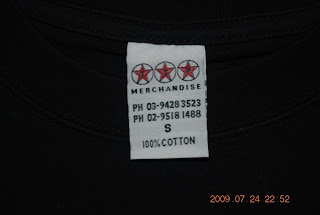 Foo Fighters 'Photo tee'
Size: S
Brand new ordered shirt
Measurement
Pit to pit appr. 18.5'
Length appr. 27'
Tag: TSP Merchandising
Checkout: http://www.tsp.net.au/home/index.php
RM110 with postage
Foo Fighters is an American rock band formed by singer/guitarist/drummer Dave Grohl in 1995. Grohl formed the group as a one-man project after the dissolution of his previous band Nirvana in 1994. Prior to the release of Foo Fighters in 1995, Grohl drafted Nate Mende (bass), William Goldsmith (drums), and Pat Smear (guitar) to complete the group. Goldsmith left during the recording of the group's second album The Colour and the Shape (1997), soon followed by Smear. They were replaced by Taylor Hawkins and Franz Stahl, respectively, although Stahl left prior to the recording of the group's third album, There Is Nothing Left to Lose (1999).
more...
http://en.wikipedia.org/wiki/Foo_fighters 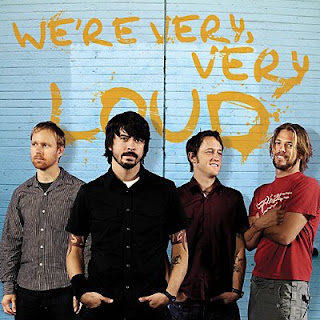