ATTICUS CLOTHING USA
Atticus is a brand of clothing founded in 2001 by Tom DeLonge and Mark Hoppus of Blink-182, and their childhood friend Dylan Anderson. However, both Hoppus and DeLonge sold their shares of the brand during the hiatus of Blink-182.
The name Atticus Clothing was derived from the main character's father in the book To Kill a Mockingbird by the author Harper Lee. Atticus Finch is a lawyer who defends Tom Robinson, a black man on trial for rape. Atticus is shown to be a tireless crusader for good causes (even the hopeless case of defending a black man in front of an all-white jury).
In addition to the literary connection the name is derived from Herodes Atticus, a Greek rhetorician who spent his fortune supporting music and the arts. 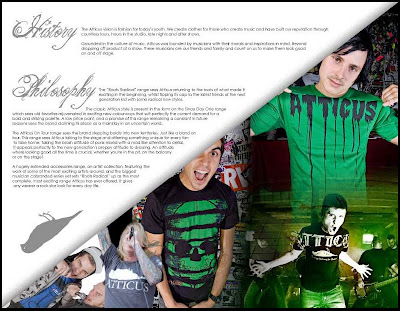 “
The ATTICUS vision is fashion for today's youth, whilst giving this generation a choice. We create clothes for those who create music and have built our reputation through countless tours, hours in the studio, late nights and after shows. We are the friend with the connections, the friend with the van, the friend with an extra room. We were there from the start. ATTICUS was there when the band graduated from van to bus. For the kid who doesn't quite fit the mold of today's saturated skate/surf culture, ATTICUS provides a choice. A brand that is grounded in the culture of music, founded and run by musicians. Beyond dropping off product at the show, these artists are our friends and family and count on us to make them look good on and off stage.
” 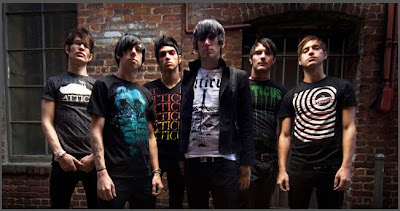 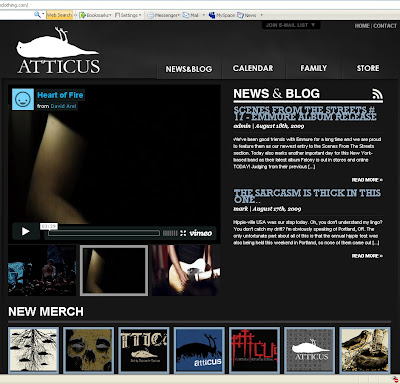 Labels: Rockett Atticus - What is??? info on the brand